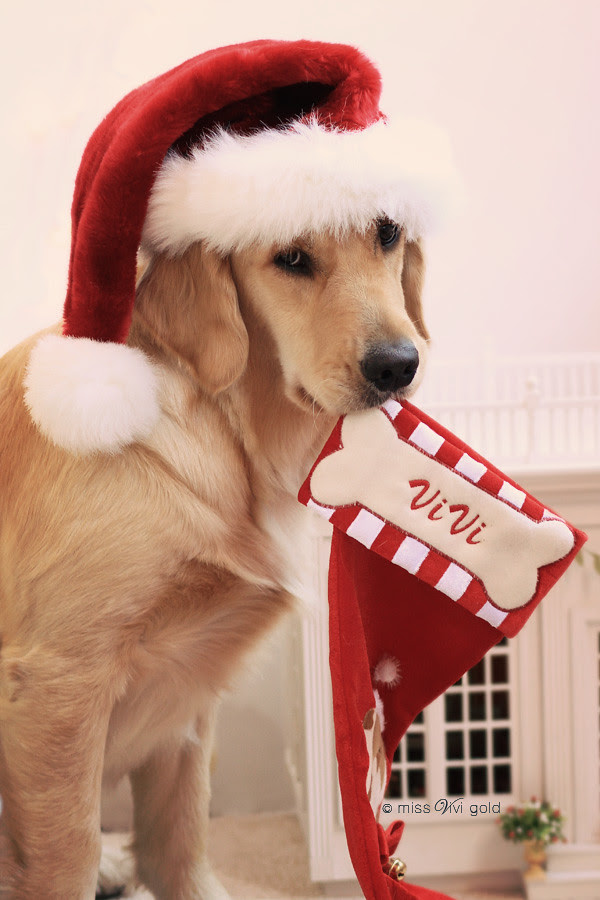 Ready To Hang My Christmas Stocking by Adventures of Miss ViVi Gold
For many, Christmas evening means hanging up your stockings at night and waiting with anticipation for Christmas morning to find them filled with small gifts and treats. But do you know how a simple knitted sock came to be associated with Christmas?

The Legend of the Christmas Stocking
"The stockings were hung by the chimney with care,
In hopes that Saint Nicholas soon would be there"
There was a kindly nobleman whose wife had died of an illness leaving the nobleman and his three daughters in despair. After losing all his money in useless and bad inventions the family had to move into a peasant's cottage, where the daughters did their own cooking, sewing and cleaning.
When it came time for the daughters to marry, the father became even more depressed as his daughters could not marry without dowries, money and property given to the new husband's family.
One night after the daughters had washed out their clothing they hung their stockings over the fireplace to dry. That night Saint Nicholas, knowing the despair of the father, stopped by the nobleman's house. Looking in the window Saint Nicholas saw that the family had gone to bed. He also noticed the daughters stockings. Inspiration struck Saint Nicholas and he took three small bags of gold from his pouch and threw them one by one down the chimney and they landed in the stockings.
The next morning when the daughters awoke they found their stockings contained enough gold for them to get married. The nobleman was able to see his three daughters marry and he lived a long and happy life.


_________
As a child, I never found a bag of gold in my stocking but I used to find Trixie Belden mysteries and sweets... to me, even better!
Today's giveaway gift is a Brownie Holiday Flash camera from my private collection.

I look forward to seeing your submissions for the prompt: STOCKING.
Please link your blog or flickr url in the link provided below.
Your creative holiday prompt for tomorrow is: ORNAMENT.
The happiest of holidays to everyone!
♥ tammy lee of bliss and folly
a musing by Tammy Lee Bradley

Oh my goodness that dog is adorable!

I loved Trixie Belden! I think I'd still like it if I got one in my stocking :)

I can't even stand it...that's adorable.

Thanks too for the little tale and chance to win that Brownie! Merry Christmas.

What a sweet pooch!!!! About 10 or so years ago my sister and I surprised my parents by leaving stockings for them to awaken to christmas morning. They were so surprised and excited you would have they were 10 years old. We still do stockings for them today. ps. i can't believe you guys remember Trixie Belden!!!

such a cute photo of Vivi!

Lovely story and that image is wonderful ~ A Merry Christmas to all!

That is such a sweet story and the giveaway is awesome! I hope I find some stockings around the airport or somewhere and hopefully i can post them in time. I feel bad that I'm one of thes late posters lol :-)

What a beautiful dog! How did you get him to pose so well? I had a much tougher time.

that is such a wonderful picture, superb!

What a cutie that puppy is. Thanks for the story. I don't think I ever knew that. Peace and Joy this holiday season to you and your family.

Aw, what a sweetie! Happy Holidays....

Such a sweet image! Dogs and stockings just go together somehow in my mind! :)

That is the cutest dog. What an expression!